Register for more free articles. Sign up for our newsletter to keep reading.

Be the first to know

Get local news delivered to your inbox!

Back to homepage
Subscriber Login
Please subscribe to keep reading. You can cancel at any time.
Loading&hellp
You have permission to edit this article.
Edit

Kevin Harvick crossed the finish line to win Sunday in Richmond, his second checkered flag in as many weeks. Harvick had gone almost two years without winning until he ended the drought last week in Michigan. 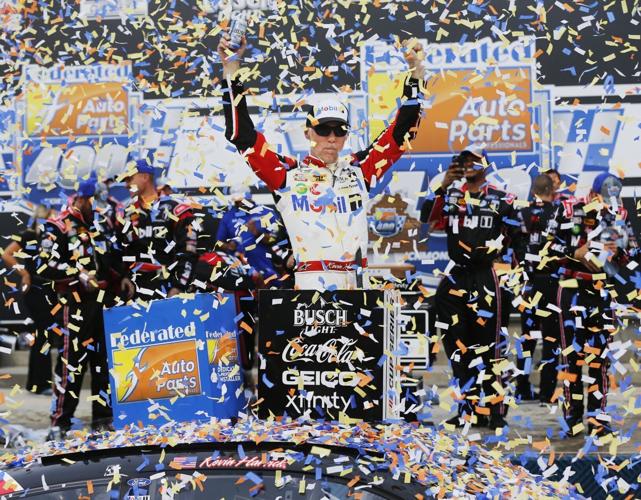 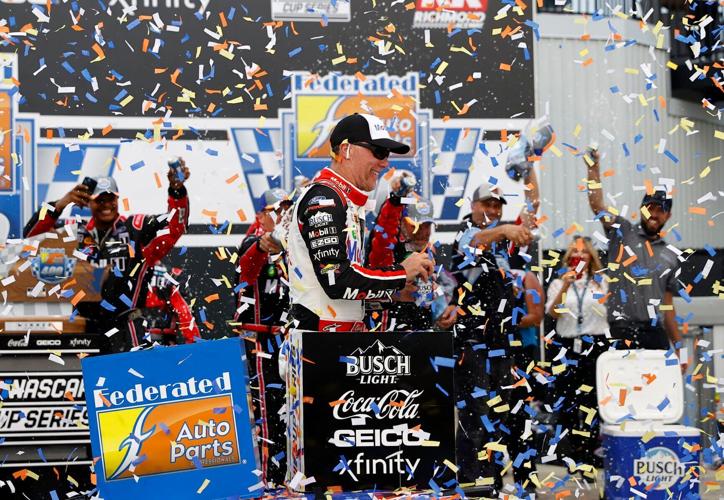 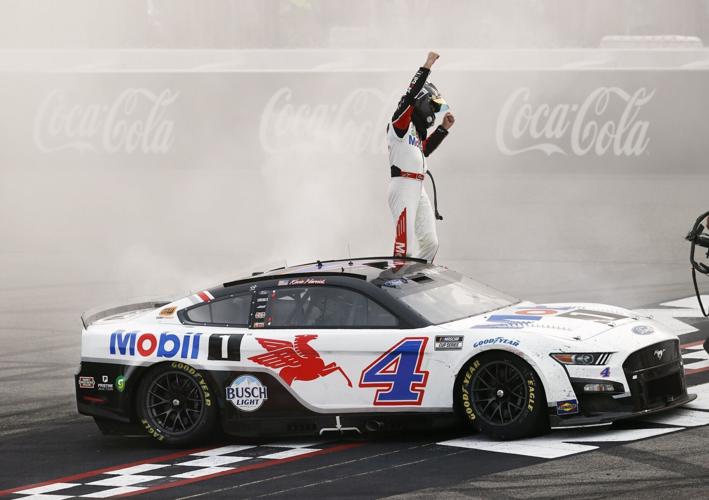 Kevin Harvick chugs a celebratory beer after winning the Federated Auto Parts 400 at Richmond Raceway. It’s the 60th Cup win of his career.

A week after snapping a 65-race winless skid in the NASCAR Cup Series, Kevin Harvick rallied for his second consecutive victory in Sunday’s Federated Auto Parts 400 at Richmond Raceway.

Harvick, 46, held off the hard-charging Toyota of Christopher Bell for a 0.441-second victory.

It was the 60th Cup Series victory for Harvick, who tied Kyle Busch for ninth all-time.

Next on the list? Dale Earnhardt (76), the driver Harvick replaced at Richard Childress Racing in 2001 when Earnhardt was killed on a last-lap crash in the season-opening Daytona 500.

“When you start mentioning the names that are on the top of that list, it’s pretty special to be a part of those names, and I don’t I don’t take that for granted,” Harvick said. “... It’s easy to say, I want to win 70-some races or be close, or win 60. And then you start doing this on a week to week basis. And that’s the hardest thing, especially I see it a lot in today’s world coming out of the Xfinity series and see these guys winning a lot of races.

“I tell Keelan [Harvick’s 10-year-old son], ‘You’re a go-kart racer. When you want to go big boy race, you go Cup racing.’ And it’s just a lot harder because everybody in this garage is just a killer, right? From the crew chief to the drivers to the guys changing the tires. It’s the best of the best, and it’s just not easy to keep your team and everybody within your organization competitive, keep yourself competitive.

Two weeks ago, as Harvick left Indianapolis Motor Speedway, he was on the outside of the 16-driver playoff field. Now, the 46-year-old driver enters the postseason with more momentum than anyone else.

Harvick slowly wore down the Ford of Joey Logano over the final stage before pulling to the outside to grab the lead on Lap 334. Logano led a race-high 222 laps but faded in the final 50 laps to finish sixth.

The weekend began with 15 drivers locked into the playoffs, and that remained the case with the repeat winner.

Truex had won three of the past six races at Richmond, and he was hoping to do so again to punch his ticket to this year’s playoffs. However, his Toyota made contact during the second stage with the Chevrolet of Ricky Stenhouse Jr., who misjudged the entrance to pit road during an attempted green-flag stop. The collision and accompanying damage knocked Truex off the lead lap. Though he was able to unlap himself and rallied to finish seventh, his best chance of advancing may have evaporated.

Buescher reached the back bumper of Harvick while the Fords were navigating through lapped traffic, but he was never able to get around the winner.

Hamlin won his fourth race at his hometown track in April, but a recurring storyline kept him from a season sweep.

During the final pit stop, his jackman had to lift up his car twice because a front tire wasn’t fastened when the jack dropped the first time. Hallman rallied to finish fourth.

“I mean, I can’t go do it myself, and those guys are way more athletic and better than I am,” said Hamlin of his pit crew problems. His team entered the weekend with 31 pit-road penalties, most in the Cup Series. “It just takes time and reps, and I’ve got faith that my guys will get it figured out.”

Added Hamlin: “They’ve just got to clean it up. They’ve just got to get reps and, you know, the good news is we didn’t leave a tire loose there. I saw the hiccup happening, but it’s just big-time auto racing. I wish the bad pit stops would be early in the race instead of on the last stop every week, but it is what it is and we’ll just suck it up and go on to the next one.”

Busch recovered to finish ninth, but Chastain finished two laps down in 18th.

Harvick was blissfully unaware of the drama unfolding behind him.

“Yeah, I don’t know what you’re referring to as far as the chippiness,” Harvick said when asked about it. “You know for us up front, we had good track position. ... I think we did have a couple of cautions where they’re running over each other.”

Then he quipped: “Okay, well, I’m glad we weren’t involved in that.”

Be the first to know

Get local news delivered to your inbox!

Related to this story

'He's a race fan': Michael Jordan was in Richmond on Sunday to enjoy the NASCAR action

One of the greatest athletes of all time took his seat atop Bubba Wallace’s pit box at the start of the Federated Auto Parts 400, put on the driver communication headset, and took in all three hours.

"She's a legend," says Rafael Nadal on Serena Williams ahead of her retirement

This extreme athlete brings his wheelchair to the next level

This extreme athlete brings his wheelchair to the next level

Kevin Harvick crossed the finish line to win Sunday in Richmond, his second checkered flag in as many weeks. Harvick had gone almost two years without winning until he ended the drought last week in Michigan.

Get up-to-the-minute news sent straight to your device.